Solve equations on the fly

Equation Solver does a really great job with algebraic equations. The app not only calculates a solution but also shows a way how the problem was solved. In addition, it keeps a list of the previously solved equations in case you need to refer to an older problem.

The app handles a wider range of linear, quadratic, cubic and quartic equations. Just enter your problem and the app solves it for you. Unlike many other app, this one supports fractions and brackets.

Equation Solver is available for iOS and Android devices as well as for Windows and Mac computers.

System Solver will be useful for everyone who needs to solve systems of two and three linear equations involving the same set of unknowns. 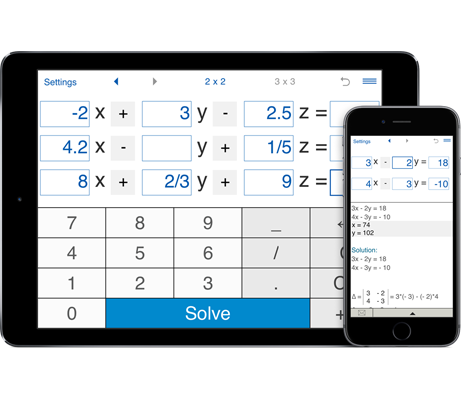 How to
Most Popular
iOS
Android
Windows
Mac